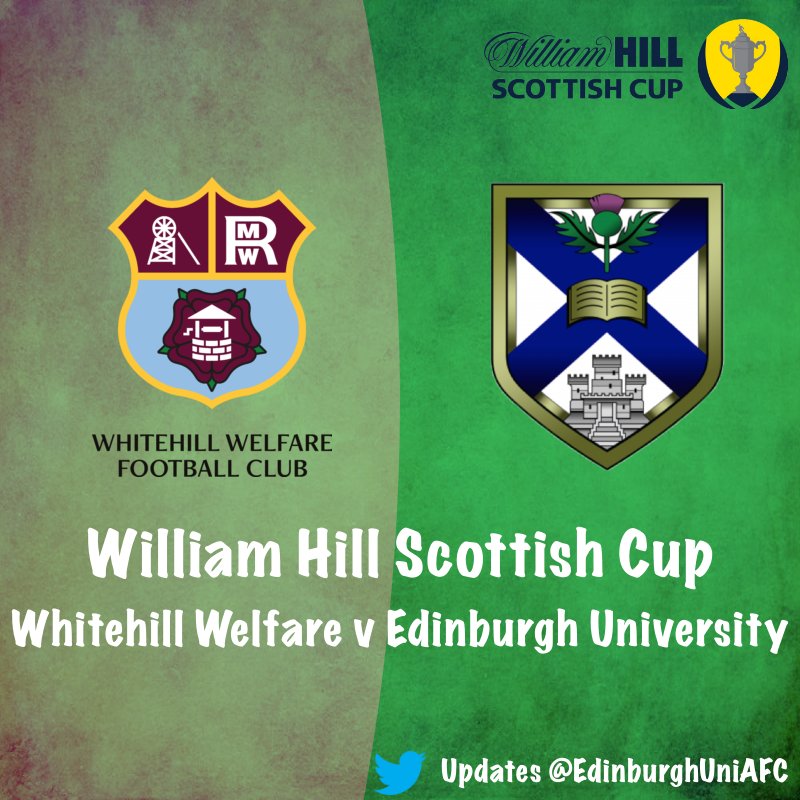 The 1s travelled the short trip to Ferguson Park in hopes of progressing through the First Round of the William Hill Scottish Cup against Whitehill Welfare. It was only two years ago that the sides last faced each other in the same competition, with Whitehill progressing in a 1-0 win at East Peffermill.

The home side came close within the first minutes of the game as they hit the post after some good play along their left side. For the most part of the first half however, both sides were equally matched with chances coming few and far between for either side.

The second half carried on from where the first half begun, with neither side getting any clear-cut chances at goal. However, the game was brought to life when Whitehill’s left back scored from range as he fired from 30 yards out with the outside of his boot as the ball curled into the back of the net. The home side nearly doubled their lead five minutes later, but Mark Tait made a solid save at his near post to deny the Whitehill striker.

The Uni’s best chances all came in the last 20 minutes as they tried to find an equaliser. Greg Swan came very close as his deft header from a cross hit the far post, while Patrick Baird’s two strikes at goal came agonisingly close; the first which curled just past the post and the second skimming over the bar.

The 1s continued to pile on the pressure and almost grabbed a goal in the last minute. Baird ran towards the byline and crossed low into the box for Abdul Yusuf, who instinctively shot towards goal. Despite blocking the effort, Whitehill failed to clear as the ball somehow fell to Yusuf again on the volley in the six-yard area, but the home side’s goalkeeper spread himself well to save the second attempt as the referee blew his whistle seconds later.

The Uni exit the First Round of the William Hill Scottish Cup with the boys hoping to bounce back as soon as possible. The 1s have no Saturday fixture this weekend due to Dalbeattie Star’s Scottish Cup replay against Kelty Hearts taking place and will instead return to Lowland League action against Vale of Leithen on Tuesday the 2nd of October.